To be at the CHM means to subscribe to the fondamental values of naturism, nudity, respect for the others, for oneself and for the environment.

• You are in a naturist centre. Nudity is the rule in all the premises of the CHM
• If the weather, hygene, or security conditions impose to wear clothes, let's choose sobriety (sarong, ample clothes, sportswear)
• Let's banish bathing suits, bikinis, strings and other useless items. Let's not forget that « appearances » are not important and that eroticism has nothing in common with naturism.
• Parents, let's help children to respect the « naturist gear », in spite of the temptation to seek protection or clothes as outfits.

To respect oneself or respect the others

• Let's live our nudity in total liberty in the respect of the rules which guaranty the freedom of all.
• Let's limit the speed and the use of our motor vehicules.
• Let's give a sense of responsability to our children who ride their bicycles in order to avoid accidents.
• Let's lower the volume of our radio, wherever we are, so as to have a quiet stay.
• Let's avoid talking loudly specially at night.
• Let's respect the equipment at our disposal as well as the infrastructures of the centre.

• Let's preserve our link with nature. Let's respect it.
• Let's sort our waste and use the adapted dustbins.
• Let's respect the dune area and the plants that grow there. Let's not litter.
• Water is precious, let's save it.

Because we all feel concerned, let's all participate in the permanence of naturism in the CHM and to the safeguard of the true values attached to it. 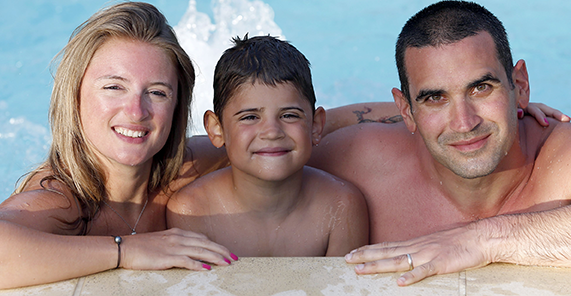